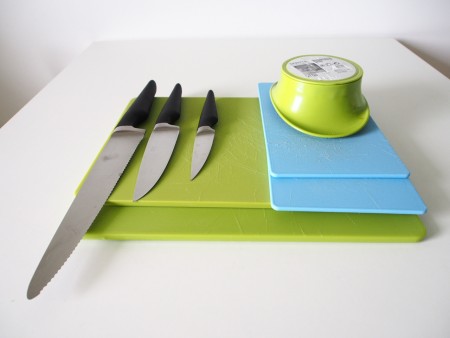 Come on Kermit,
we can make another project about dengue in Indonesia…….

I think you might have an Anxiety disorder. I have a friend who has an anxiety disorder, but he has a medication since a long time and now trying to stop it step by step with make the dosage less and less. The natural ways might you would like to try are you need to do pray, sports to boost your serotonin (it will be good 3/4 times a week) (maybe: gym, swimming, or etc), eat healthy, sleep at least 6-12 hours/day, fasting also helps a lot to boost serotonin in a long term, travel alone to have mindfulness meditation which can decrease anxiety and helps reduce the stress hormone, cortisol. Hope it will helps you, stay strong. My comment based on my friend’s experience, and it works for him beside I helped to support him do a natural cure. Hope you might wanna try it. 🙂

And last point, you’re not alone. mail me!

In my opinion, measuring success from worldly things will only make you fall deeper in the well. Because it is not easy to please all people around us. If you believe in afterlife, success is when you are winning the paradise. As a Muslim, someone have responsibility to learn religious knowledge. Ilmu Dien is everything. Without it you will be losing your grip. People always recite Al-Fatihah in their prays. But only a few who understand the meaning. Ask to Him that you need to be guided in the right path. And don’t stop to seek the truth. What is the purpose of Human creation in this world? Again, it is not for achieving this and that academic degrees, or having great curriculum vitae and resume.

True indeed. Every time people said that I smart, that I have achieved so many things, etc, my depression got worse. It makes me feels that I am an ungrateful bastard.

assalamualaikum, Dear Kermitt, try to go to the Mosque every Shubuh, do rawatib before Shubuh, dont force it, try to understand the Alfatihah, feel it, like you listen the answer of Allah after every Ayat you read, wassalamualaikum

I think understand what you feel. I’ve been there, done that–thinking to suicide but having no courage to do it because I’m afraid to be condemned by God. I felt that the achievements I got are worthless. I was tired to live for making people impressed. I was fed up to be praised. I was anxious if people know I am actually not as amazing as they thought. I stopped using social media, I withdrawn myself from circle of friends. More importantly, I didn’t want my family and friends know that I am depressed. They would be worried. And I didn’t want it. I kept it all by myself.

I couldn’t count how many times the suicidal feelings crossed my minds. I even googled what are the best ways to suicide. Until I uttered that feeling to a group of friends, and my other half. And you know what, they were shocked, it’s unbelievable that me–a bright young girl with a list of achievements and who got scholarship to study in Sweden was depressed. It was shame to admit that I wanted to suicide. “Am I kind of a loser?” I thought. But surprisingly, their responds were positive. They didn’t judge me, they supported me.

I don’t know you well. We only exchanged some words through e-mail. I don’t know what is your religious affiliation. But if you are a Muslim, the solution is crystal clear: please re-orient your life goal to prepare for the afterlife world. It works for me. This world is no more worth than a wing of mosquito. So why we have to spent all energy and times for worldly things, and for making people impressed?

You are so lucky you got positive responses. Mine was the opposite. Parents kept telling me that I am a bright student. They were questioning my medical doctor degree. “A doctor must be able to help himself”, so they said. They forced me to meet people (aunt, uncle, cousins) when I was really depressed. However, in the end they were the one who took care of me. Feeding me, kept me away from sharp objects, taking me to a psychiatrist, etc.

Responds from the first two friends I told about my depression were not positive either. One was avoiding my phone call. I haven’t talk again with the other one. Completely missing.

Hej, hu mår du? How are you today?

Same here. It sounds so ungrateful when people claim me as one of the luckiest human beings on earth, while I kept ranting on about how depressing to be me. Sometimes, I even thought to switch place with people who didn’t have achievements, whose had so-so education and jobs, because the burden that I had just unbearable. (May God forgive me for my ungratefulness!)

I apologize, in my point of view as a depression survivor, the type of remarks like your Dad said, or some commentators in this blog is not useful in this situation. It just added more burden on your shoulders. I understand the fact that people have great expectation towards you will only make your depressions even worse. You are supposed to live not for making people think that you are good at this and that, or to become humanitarian volunteer etc. You have to stay alive because you are worth living.

I realized the time when I was depressed, I basically just needed to share what I felt. I was fortune to have friends who were not judgmental. I talked to them about my pain, sorrow, sadness. Also my anger that I couldn’t bear the over-expectations of people addressed to me. One of my friends (who also experienced near-suicide moment and depression) suggested me to go to psychiatrist to get some medication before it was too late (ed. before I ended up cutting my wrist?). I felt supported. Their emphatic responds were valuable to give me some more times to think clearer.

I was absolutely scared when I was being told about that Hadith. It is good thing that remembering God had prevented us to commit suicide. Indeed, we are not authorized to kill ourself!

I am completely agree, depression can happen to anyone. It is so painful and hopeless to be there. “Sitting at a bottom of a well” is so lonely, dark, and cold. I know that. I’ve been there.

Please be patient, this sorrow is temporary, it will eventually pass by. You will get the reward of your patience, Inshallah. Remember that after every hardship there is ease, and we won’t be burdened by difficulties that we can’t bear.

I successfully climbed up and out the depression chamber after I re-oriented my life goal like I said above. When the afterlife is your purpose, inshaAllah you will find the escape route to get out from that darned well. Because you’ll know the worldly ambitions are nothing if they are not useful for the Day of Judgments.

About your friends who seem ignoring you, I am sorry to hear that. Perhaps they just don’t want to get in trouble if something bad happened on you. Especially Swedes, typically they show ignorance because they avoid to be trapped in problems (some social experiments show that, you can try watching sthmpanda channel on YouTube, they have some examples).

Having been there, and still are, setiap upaya bangkit bisa dideskripsikan sebagai “two step forwards, one step backward”.

Anyhoo, well, here we are. Menjalani hidup sehari demi sehari. To tell our stories. And to listen to each other.

I do enjoy reading your blog (padahal lagi deadline) 😀

Hope it helps 3 years ago

I know how it really feels. When we have so many people around us, either they are good friends or people we know for short and long term. I have been through alot depress and stress out in my life. As a first born in the family who has a sister and brother, I don’t think I’d like to continue mylife surronding in the family. Doesnt mean I don’t love them, I wanna be like you, want a freedom. I fight so hard for my family members happiness but mine was no one cares about. When I am stress out, I can’t tell anyone even I want to. Tell the family, the ones I think is my bestie, read and watch motivation videos, go to psikiater, or even this platform don’t work at all. These ways never easy and never make us feel better. So then I found out what the best solution for depress and stressful person like us is. Would like to know what? “It will be someone who truly and genuienly wanna be by ourside. Who would like to stay here whenever we need to talk about something wrong with us. He/she is here not by our asking or begging. It could be your bestfriend or partner. So in this short life, I believe there are so many destiny might happen. Never stop believing and trying to find it. We gotta cry when we feel down and deep, but for sure “someone” is awaiting for you that you must find them asap.